Advantages & Disadvantages of a Hip Roof

The pitch of a roof also refers to its steepness or slope. The slope of a roof is determined by calculating the number of inches it rises or increases for every horizontal foot of roof space.

What type of buildings may hip roofs be placed on?

While hip roofs are best suited for homes, they are also ideal for use on commercial buildings, garages, workshops, and even garden sheds. Structures with unusual designs may benefit from a half hip roof, which contains a squared-off gable in the front and hip sections on the other sides. This type of roof is commonly placed on barns.

Hip roofs are those that slope downward on all four sides of a home. They differ from gable roofs, which slope only on two sides with a pitch in the middle. These roofs have distinct advantages and disadvantages that homeowners should be aware of before having an Austin roofing company install one.

The biggest advantage to a hip-style roof is that it provides for water drainage on all four sides of a structure. It is therefore ideal for areas that receive a great deal of snow because it does not provide anywhere for it to accumulate. Hip roofs are also perfect for locations that regularly receive a great deal of rainfall, due to their exceptional drainage.

Hip roofs may also withstand high winds better than gable-style roofs. This is because they are generally much lower and contain a shallower slope. As such, the wind is less likely to grab hold of the corners of the roof and cause damage. Even if damage does occur, it is likely to be over a smaller area, since a hip roof contains four sections rather than only two.

A disadvantage to hip roofs is the fact that they require more seams when building. This means there is an increased risk of leaking unless extra measures are taken to seal these seams properly.

The roofing experts at LoveRain Roof of Austin TX can assist you with any questions regarding gutter guards or metal roofing. They must also be inspected more frequently for signs of damage to the seams so that repairs can be made as soon as possible.

More material is required during the construction of a hip roof. More labor is also needed in order to install this type of roof. This means that homeowners who choose a hip roof will pay more for it initially. Despite this, the cost of a hip roof might be justified in certain instances. The odds of repairs are much lower than if a gable roof were to be installed.

Hip roofs provide less space inside the attic due to their design. For this reason, homeowners who may want to finish their attic at some point may want to consider a traditional roof instead. Likewise, those who plan to use this space for storage may find it inconvenient to do so when a hip roof is installed on a home.

Homeowners should carefully weigh the pros and cons of a hip roof before making their decision. The aesthetics of a home, local zoning ordinances, and homeowner association requirements must be considered as well. 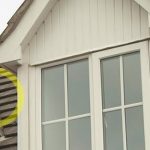 According to The National Association of Home Builders, roofing inspections should be done every three years. However, it may be a good idea to have them done more frequently depending on the state of someone’s home or the climate they live in. Someone may also want to have an inspection done after a major storm… 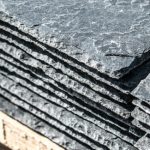 A roof is a major investment. Not only does it cover a significant part of the exterior of the house, but it should last for a long period of time and preserve the value of the property. A good roof should not only be durable through different weather seasons but also be structurally sound and… 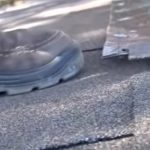 Getting A Roof Inspection

Roof inspections are performed on buildings for a number of purposes throughout the year. Whether it’s to perform routine maintenance or examine the roof for storm damage, there are several reasons to schedule the inspection periodically. With the help of an Austin roofing professional, there are a few steps to expect from the process. The… 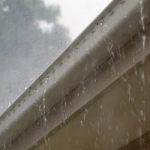 Why Gutter Systems Are Important

Gutter SystemsContentsGutter SystemsHow often should I replace my gutters?Do metal gutters have to be coated with anything to prevent rusting?Can gutters be painted along with exterior structural walls?Avoid Gutter ProblemsAbout Damaged Gutter Solutions When people think about their roofing system, they often consider just the roof itself. However, to keep a roof working properly, there… 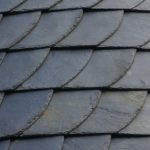 Slate has been used as a roofing material for centuries. It is cut from metamorphic rock. This makes slate durable and waterproof. In times past, slate was used only in areas where it was naturally found in abundance. Now, slate roofing material can be shipped to all corners of the earth. Slate is available in…

LoveRain Roof would love to bid on your next roofing project.

Whether you have a repair emergency or are curious about the price and cost of re-roofing your building, our master roofers can respond immediately to your request. We install and repair roofing systems on a variety of buildings and properties.